Home / News / The Rise of Esports

The Rise of Esports 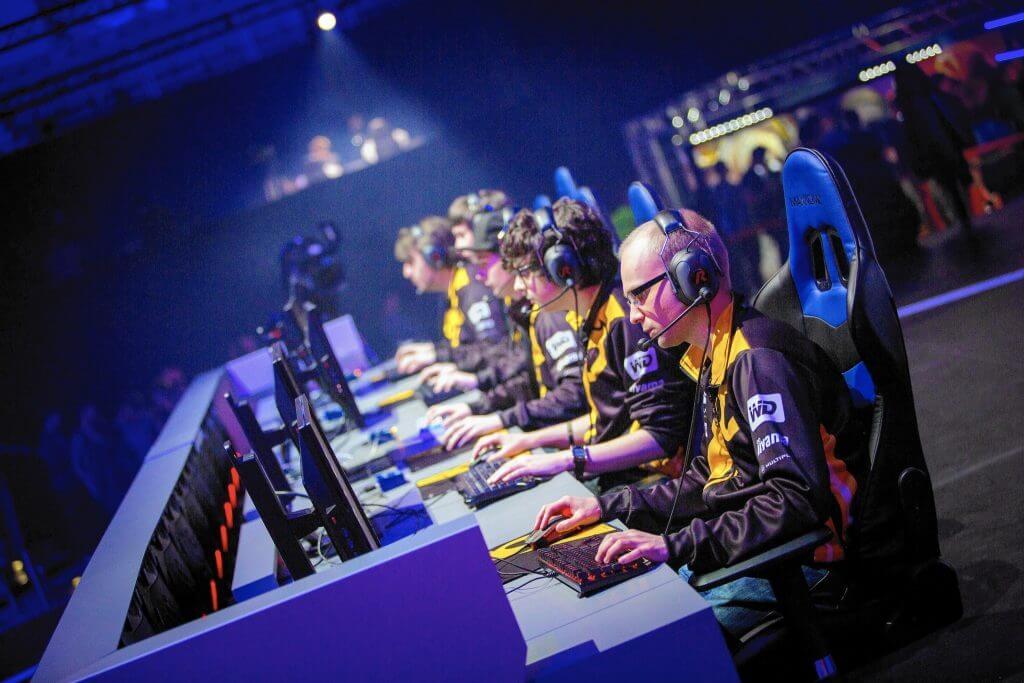 Since the arrival of video games in the early 70s, more and more people are intrigued by this form of entertainment. Nowadays, everybody plays video games, and you won’t find a person that hasn’t indulged in a game or two. Unsurprisingly, somebody got the idea of introducing betting into the esports world. Indeed, the NJ sports betting scene is now teaming with esports wagers. That’s why today we’re going to give you a brief glimpse into the esports betting world, after which you’ll understand why so many of the best NJ casinos are starting to incorporate esports into their platforms. Space Invaders was the first game that set the sports world on fire. After just two years of its release, the first tournament was held in 1980 and was organized by Atari.

The most recent massive video game tournament The International Dota 2 Championships was held in 2018 with a staggering prize pool of over 25 million dollars, which is even larger than some NJ sports betting pools. Since there’s so much money involved, it was only a question of time when the first bets would be laid down. Nowadays, esports is becoming more and more of a spectator sport, and there are numbers to prove it. While there were only 124 million esports viewers in 2012, the numbers almost tripled in 2017 to an astounding 335 million viewers. According to some projections, the number of spectators will rise to 557 million by the end of 2021, soon making esports a must-have option for any NJ online casino.

Research shows that at least 40% of spectators have not played in the video games they watch. This sole fact already makes esports a spectator sport just like football, baseball, or basketball.

More specifically, the total esports audience is 62% male and 38% female. When it comes to age, more than half of them are between 21 and 35 years old. Since the spectator base is rising in numbers, it is only natural that the revenues would rise too. If we add together all earnings by sponsorships, advertising, merchandising, esports betting, etc. it shows that the revenues almost quadrupled from 130 million US dollars in 2012 to 468 million dollars in 2017.

When it comes to earnings by the team, sponsorships still make up the majority with 360 million dollars in sponsorships. The rest of the earnings are almost equally divided into advertising, game publisher fees, media rights, and merchandising. The recent decade saw the rise of online streaming services that cater to the needs of esports spectators. The first streaming service that started capitalizing on the audience was YouTube. However, unlike NJ online casinos, YouTube doesn’t endorse betting. This didn’t stop YouTube Live to generate $940,000 dollars in the first quarter of 2017. The most-watched game was Fortnite with more than 33 million hours in watch time.

However, there is more esports focused streaming services. The most notable of them has to be Twitch Media. Twitch currently accounts for around 1.8 percent of total internet traffic. In its first month, it accumulated around 8 million users, and currently, it has more than 55 million users. If it was an NJ online casino, Twitch would be the most popular platform now.

In fact, Twitch Media is so big it accounts for 43% of all live video streaming traffic, more than anybody else, even YouTube.Esports may still be looked down upon by the world of traditional sports, but there’s one glaring similarity that strikes the eye, and that’s earnings by athletes. All of the top-grossing athletes come from Dota 2 championships. The highest-grossing athlete is Kuroky who received around $4.1 million for his Dota 2 exploits. Just imagine the opportunities for online sports betting when you are familiar with the style of every player on the team!

When it comes to teams, we have to look again at Dota 2 championships. The highest-grossing team currently is Team Liquid with around $24 million earned across 1403 tournaments. Although video games have been around for at least 40 years, and although the spectator base is so big, esports still has not been recognized by sports officials. Currently, the International Olympic Committee is discussing introducing esports as a demonstration sport in 2024, which would be great news for the NJ sports betting scene.  However, not everyone is happy about it. The President of the Committee has strong reservations about including Esports because of all the violence involved. Despite the opposition, 2022 Asian Games decided to opt-in esports as one of the competitive sports.

Since the introduction of the first sports video games, professional sports leagues have been eager to get involved in their sport’s own official video game. The best example is probably Madden football. The NFL is already a very popular sport on the NJ online sports gambling scene. Just imagine the potential of its electronic version. The game has sold billions of copies, and currently, there are 19 iterations of the game. Another great example is the NBA 2K series developed by Take-Two Interactive.

When it comes to professional leagues financing competitions, the most notable case was the NHL Gaming World Championship that was held in 2018. Traditional sports are still the most popular when it comes to sports betting. However, esports are slowly growing in terms of bettors and the money involved, and soon it could compete with other forms of online sports betting. In 2016, $5.5 billion dollars was wagered on major Esports titles. It’s estimated that this number will grow to a whopping $12.9 billion. In the end, the total esports audience will reach a number of 380 million, which is a year-over-year growth of almost 14%. Esports has slowly but steadily entered the world of sports betting. The video gaming industry may have been initiated by a couple of enthusiasts, but today, it is a platform for a wider audience motivated by esports gambling.

However, not everything is fine and dandy as it initially seemed. Although there is a lot of money and interest involved, there are still opposing forces towards the introduction of esports into a formal sports roster. Some say that there is nothing sport-like in them, while others have issues with the overall violence present in featured video games.

Fortunately, there are more and more betting places that accept esports as a valid sport. It is no doubt that esports will only rise in terms of popularity and it is up to the NJ sports betting scene to keep up with it.