Home / News / How To Bet on Hockey: The Ultimate Guide

Ever since the first professional hockey league in North America, the NHL, was established in 1917, hockey has been a popular sport to bet on, mostly thanks to the fact the game is so fast-paced and unpredictable. But before wagering money on your favorite team, we advise you to read through our guide on hockey betting as it may give you an edge with your next betting slip.

Below are some of the most common hockey bets.

The most common hockey bet is a moneyline. These simple bets present the bettor with the opportunity to win their wager simply by choosing the winning team instead of having to correctly guess the number of goals as well, as is the case with point spreads and prop bets. When you make a moneyline bet, there are just three possible outcomes: Your team can win (in that case, you win the bet and get your stake back), lose (you lose your stake), or the game can end in a draw (you don’t win anything, but you get your stake back). Again, the exact result is not relevant for moneyline bets.

These bets are a combination of a moneyline bet and a point spread. They usually have a spread of 1.5 goals, meaning that the favorite has to win by two or more goals.

Puck lines are the most popular bet type in NHL hockey betting.

Prop or proposition bets are not necessarily tied to the final outcome of the game. Rather, you bet on whether a certain event will take place during the game, on player performance, and so forth. A prop bet can be on:

Other Types of Hockey Wagers

Here are some other wagers that you might see at an online sportsbook that offers NHL online betting:

When deciding what hockey team to bet on, look at how many goals each team scores and allows. You can also look at other factors such as power plays, shots on goal, saves made by the goalie, icings, takeaways, turnovers, hits given and received.

There are three ways to assess which team or player is most likely to win: by looking at their past and current performance and the odds.

The best way to approach betting on NHL games is simply to look at which teams have historically performed better than other teams in similar situations. If Team A had beaten Team B three out of four times when they were in the same division, then Team A is more likely to win again.

Before you start with hockey betting online, consider if one of the teams is in better shape than the other. If Team A has won six of their last seven games while Team B has lost three in a row, then it’s likely that Team A will beat them.

This isn’t always the best metric to use because there are external factors that might affect performance in each game. However, if you have two otherwise very similar teams, their recent performance is the best indicator of which team is more likely to win the next game.

The simplest way to predict who’ll win a game is by looking at the odds for each team. However, betting on the favorite practically always means your stake will be higher than the amount you stand to win. That’s why finding bets where a team’s chance of winning was actually underrated by the bookmaker and placing a bet on the underdog is a much more attractive option for seasoned bettors. Of course, if you’re only learning how to bet on hockey, such a situation might be too difficult to spot, but as you get more experienced, you’ll be able to find and place such bets with more confidence.

Is it hard to bet on hockey?

It depends. Hockey is often thought of as the hardest sport to bet on due to its many exacting rules about physical contact and offside, but if you take your time to understand how hockey odds work, what the key metrics are, and then use that information to find bets that have a good return, it becomes easier to bet on NHL games.

In hockey, +1.5 means that the team must win by at least two goals in order for you to win your bet. If they win by one goal or lose, you lose your bet.

Where can I bet on a hockey game?

There are many places for hockey betting, but odds tend to be better at online sportsbooks. Most of the best ones offer line bets for NHL games, and some even have lines posted during preseason or international play, in addition to regular season games and playoffs. 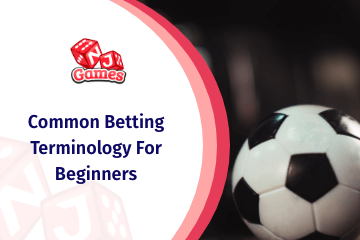