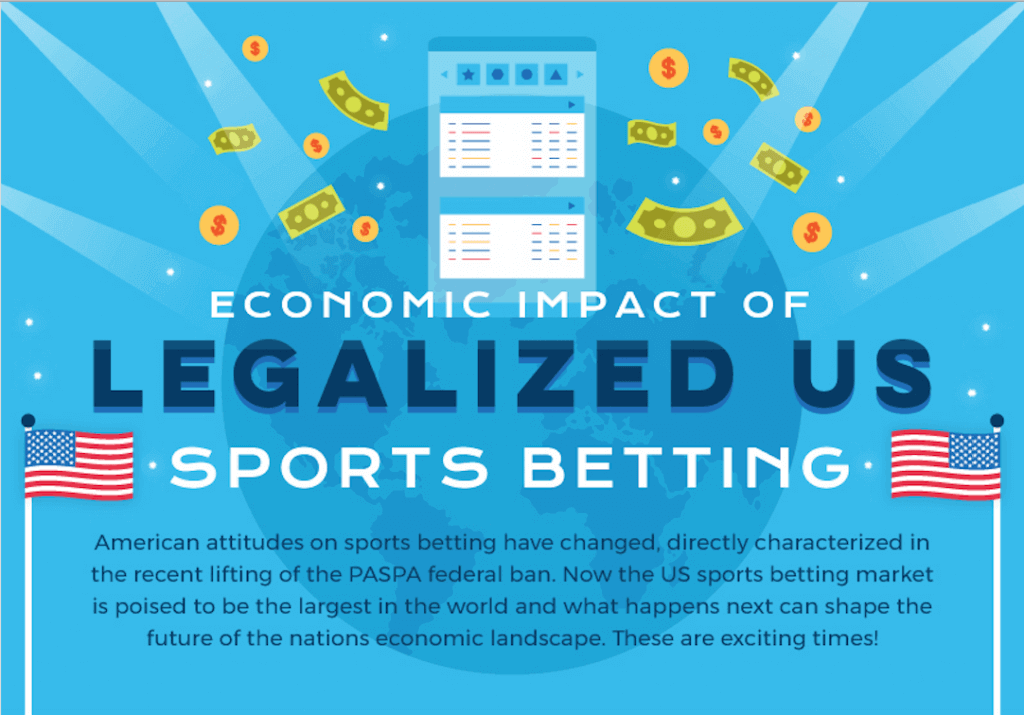 US bettors will be delighted to hear that the persecution is over. The well known PASPA Act of 1992 and its recent repeal supported by NJ Governor Chris Christie and the NJ online casinos is an interesting change in online gambling legislation. Sportsbooks are not the only ones that will benefit from the PASPA abolishment.  The projected economic impact of legalization will have a profound influence on the development of new businesses and jobs. However, before we delve more into that subject let us first give you the big picture of history.

PASPA, more commonly known as the Bradley Act, was first suggested in the early 90s by NBA commissioner David Stern. Labeling gambling as one of the major problems of American society, Congress ratified it in 1992. However, there were voices of dissent from the states that were profiting through sports betting. One of the major opponents was Bill Bradley, a former NBA star and a New Jersey senator. This movement signaled the beginning of the end for PASPA.

A great thing about laws is that they can be overturned. Since 2010, the New Jersey government has sought ways to undermine PASPA. It wouldn’t be until early 2018 that NJ online casinos and operators would receive favorable rulings. The decision was first made in a court trial labeled Murphy v. National Collegiate Athletic Association. It was eagerly followed by all betting enthusiasts around the US. Soon after the Supreme Court ruled that PASPA was contrary to the Tenth Amendment of the US constitution, thus declaring it unconstitutional.

Although it’s just starting out, the American betting industry is seen as a potential goldmine. In 1992, the estimates showed that more than 40 billion dollars were spent on illegal betting games. When it comes to individual sports, the NFL is the most popular one with 58 billion dollars spent on betting just in 2017. Americans also wagered $4.6 billion on the Superbowl and $10.4 billion on March Madness in 2017.

The American Gaming Association(AGA) estimates that more than 40 million Americans bet on sports each year. When it comes to their attitude, a whopping 55% of people are now in favor of legalizing sports betting.

Since PASPA has finally been ruled unconstitutional, the individual states are now free to regulate online sports betting businesses. Although punters are probably the most enthusiastic about the PASPA repeal, they are not the only winners. Let’s take a look at who the players are that will profit most.

When it comes to employment, betting legalization will directly create more than 85 thousand new jobs and another 130 thousand jobs in the surrounding indirect businesses.

Legalization will have a tremendous economic impact both for the federal government and the individual states over the next couple of years. It is projected that betting will be responsible for a share of 22 billion dollars in the US GDP.

When it comes to individual states, they will also profit from betting legalization. Individual states already take somewhere between a 7% – 15% share when it comes to betting taxes. Estimates show that states will individually rake in around 3.4 billion dollars from the betting taxes annually. The federal government will, however, see a tax balance of 4.9 billion dollars every year.

When compared to the UK, the first country with legalized betting, we can immediately see the hidden potential of the US markets. The UK’s annual betting revenue is a little less than 5 billion dollars. However, it is projected that the US will surpass the UK within the first 5 years when it comes to the annual revenue with an expected number of more than 6 billion dollars yearly.

When it comes to TV, the television conglomerates are seeing a steady yearly decline in sports program ratings. Networks could also profit and rectify this situation with the legalization of betting.  It is estimated that more bettors are following TV sports shows because of vested monetary interests.

The numbers we presented in the infographic below are just projections and estimates. The reality may be slightly different. Yet what is certain is that the USA has enormous potential as online sports betting market. The climate has changed too as more than 65% of sports fans say that having the ability to wager through places like NJ online casinos won’t actually change the integrity of the sport. It goes to show how confident people are in the betting industry’s future. There are still a lot of obstacles to overcome, but what’s most important is that US bettors will finally join the club with the rest of the world.