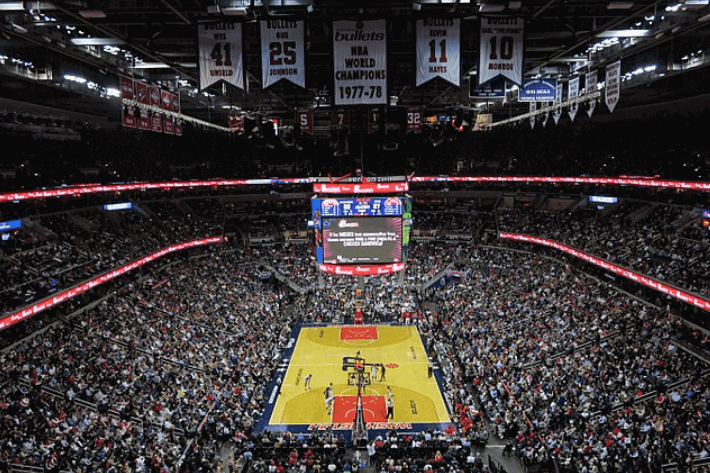 American sports recorded a historic moment late last month when the Washington Wizards and the Philadelphia 76ers played the first-ever match at the Capital One Arena, with a legal bookmaker accepting bets.

It was a big day at the venue. The final game of the UEFA Champions League was played on the same day, with fans and bettors coming to the arena to watch the showdown between Manchester City and Chelsea. At the halftime buzzer of the Wizards-76ers game, they went to the sportsbook to place their bets. Fans stayed to watch another playoff match that night between the Jazz and Grizzlies.

NBA commissioner Adam Silver also made an appearance during the monumental night. Silver, one of the early advocates of sports betting in the US, toured the venue’s William Hill sportsbook with 76ers owner Josh Harris. According to Dan Shapiro, William Hill’s vice president of strategy and business, the Capital One Arena sportsbook handled a lot of money.

“The place was busy and had an energy,” […] “That was the great thing to see was the energy in the venue,” Shapiro said.

William Hill, one of the most popular sports betting sites, reopened its facilities last weekend. Lots of bettors were waiting in the line outside the arena to place their bets at William Hill. The sportsbook works seven days a week and has 17 betting windows, 13 self-serve kiosks, bars, and a restaurant. After the game ended, Shapiro hung around to check out the atmosphere, and the chef of the restaurant, Nicholas Stefanelli, said it was the busiest restaurant in D.C. that night.

In 2018, the US Supreme Court killed the Professional and Amateur Sports Protection Act, the federal law that limited sports betting to Nevada for more than two decades. After the Supreme Court ruling, legal sportsbooks started operating in 21 states and the District of Columbia.